So from the title, you may be asking yourself “How can I build my dream house?” Well first off, let me put that to rest. You can’t. However, building your dream house and planning for retirement are very much alike. Here we will explain your Independent Contractor Retirement Plan. 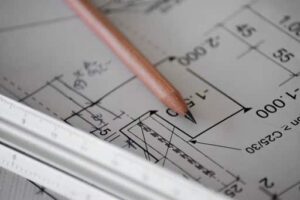 I’m not here to tell you that everything in the trades relates to retirement, but there may be more similarities than you think. Let’s take a look at an independent contractor’s retirement plan.

Meet Kevin. A man who has been building homes in Northern Michigan for the better portion of his life. While he loved what he did for a living, the time has come for him to think about hanging up the toolbelt for good, as he approaches turning 62.

Now, Kevin is used to looking at blueprints when building homes and sticking to the project’s structure. So what does Kevin do when thinking about retirement? He obviously consults with a retirement specialist to draw up a blueprint specifically designed for him.

A blueprint like no other, one that is going to be different than any one of his buddies. This retirement specialist wanted to put things in terms that Kevin could grasp. He told Kevin to think of retirement like building a house. The most important part is the foundation or the base.

Compare this to collecting your social security. Without a doubt the most important part of your independent contractor retirement plan.

When to start collecting Social Security is going to vary from person to person to maximize your earnings. Fun fact, if you are married, there are over 80 different combinations of how you, as a couple, can take Social Security.

Trust me, this is the most important decision you need to make in your independent contractor retirement plan.

Now that you have established a base, now what? The retirement specialist then told Kevin that it’s time to reevaluate his financial portfolio. Kevin was confused because he thought his portfolio was doing really well over the years.

While that is true, Kevin is now in the asset designation part of his life, so he needs to be thinking of ways to protect what he has.

Think of this as the shell of the house you are building that protects you from weather. This can vary for everyone depending on risk tolerance. But while you are no longer bringing in a regular paycheck, wouldn’t you rather keep what you have and watch it grow steadily, rather than seek high rewards but risk high loss?

Kevin is nearly done building this house. Finally, Kevin just has to put the finishing touches on his retirement plan. So next, they talked about insurance. Kevin still has a few years before he will enroll into Medicare as his 65th birthday is a few years away. Flash forward a few years to Kevin’s 65th birthday. Kevin is now enrolled and has Medicare parts A and B. However, this leaves Kevin with a lot of out of pocket expenses if something were to happen to him.

Well, 44% of retired Americans cited their health was in decline. With that high percentage, it is in Kevin’s best interest to help alleviate some of that, if not all of that out of pocket cost. He will also have to have some form of prescription coverage so he doesn’t incur a late enrollment penalty.

Kevin likes to have confidence in knowing that if something did happen, he wouldn’t be on the hook for a massive bill. So the retirement specialist showed Kevin all about Medicare and all of his options to supplement his insurance giving him some confidence.

Now you tell me, building that dream house of yours and planning for retirement are more similar than you thought, right?

You can admit it! Now what’s next for Kevin? Well that’s up to Kevin. He has successfully finished the house, checking everything off the blueprint. The retirement specialist customized his blueprint in a way that he can enjoy his golden years. Kevin mentioned vacationing with his beautiful wife in the bahamas. What a way to start the next chapter of his life. Now, it’s my turn to admit something to you. I would like to humbly say that the retirement specialist in this story was none other than myself. Kevin is one of many tradesmen I have helped maximize their Social security benefits, financial portfolio, and medicare planning. I’m a one stop shop. Give me a call and I can customize your blueprint! I’ll give you the materials to build your retirement dream house ;).

If you would like further information on planning for or reevaluating your retirement, or simply want to chat, give us a call at 231-421-7391. 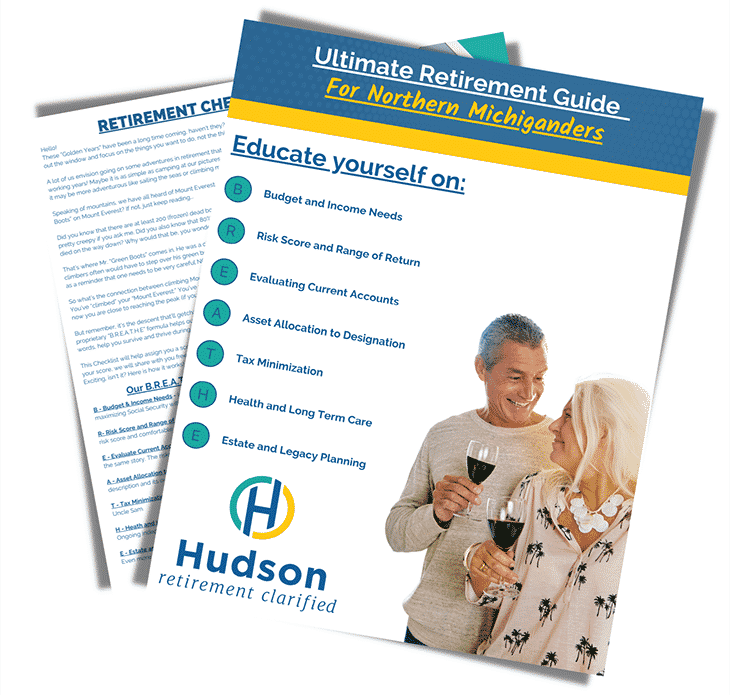 Get our FREE Ultimate Retirement Guide for northern michiganders

Video Series - #5 - 6 Common Mistakes to Avoid Making with Your Medicare Plans - And Can Cost You Thousands!   If you would like further information on planning for or reevaluating your retirement, or simply want to chat, give us a call at 231-421-7391....

END_OF_DOCUMENT_TOKEN_TO_BE_REPLACED

Video Series - #4 - This tip, if followed every 2-3 years can lead to enhanced benefits and many times thousands of dollars in savings over your retirement. Make sure you are reviewing your Medicare Coverage Options.   If you would like further information on...

END_OF_DOCUMENT_TOKEN_TO_BE_REPLACED

Video Series - #3 If you have coverage through the VA or Medicaid, this video is for you. There may be benefits available to you at no cost that can include dental, vision, hearing, and free OTC medications.   If you would like further information on planning for... 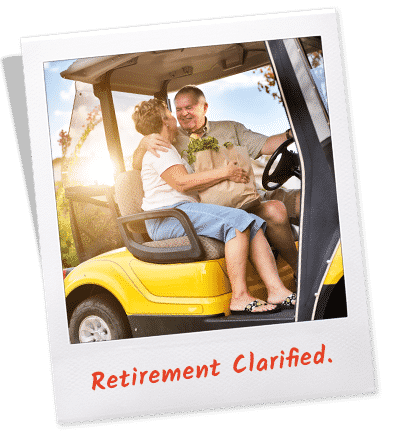